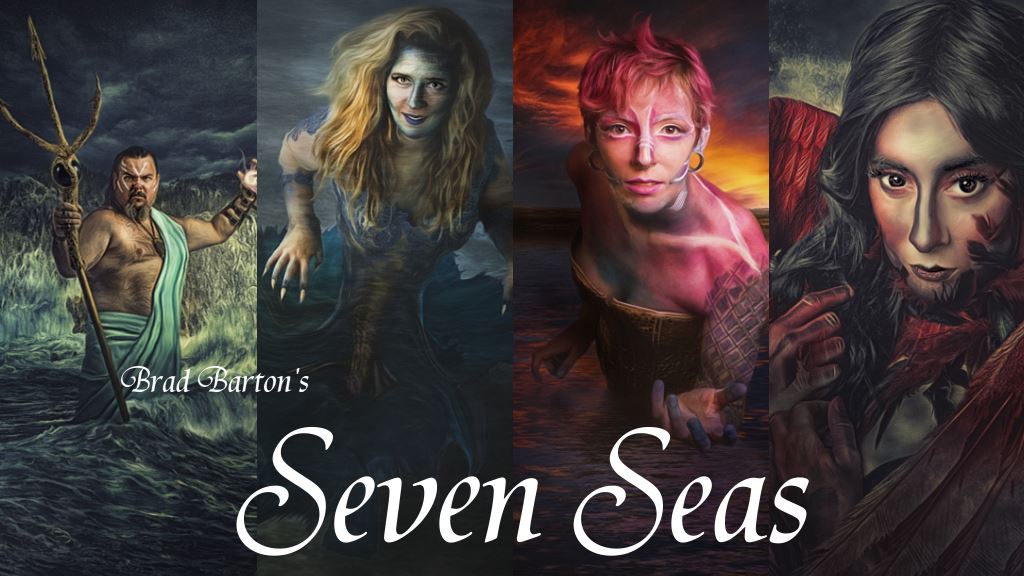 From the Creator of Beautiful Monsters
After the success of my first Kickstarter, Beautiful Monsters, people began asking about my next project. With such rich stories in the images themselves, I wanted to do something more with the written word this time. I have always had a love for the water, so the idea for Seven Seas began to take shape. It will be a book of one page stories, each accompanied by a “hero” image of the main character.

What is Seven Seas?
Pirates and legends, myths and monsters, these are stories from the Seven Seas and other waterways. Seven Seas is a 70+ page book with 30+ color images, each accompanied by a short story. It was printed in a limited edition run, signed and numbered. The size is 8×10 inches with a soft cover and printed on high quality matte paper.

Thank you to our fabulous Kickstarter backers that helped get this project pushed out to the public!